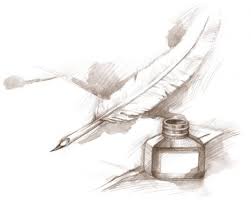 That's what you nicely wrote

Thank you very much. I don't stop talking to my husband. about this travel.

How lucky we have been ! Sun every day.

Evelyne talked to us about this travel in England from last year. I enjoyed this idea to go to England with my teacher for the very first time.
My husband and I went to London with friends we regularly met.
The first day we visited a part of Windsor Castle and Saint Georges Chapel. These monuments and their furniture are beautiful.
The next day in Oxford we visited the city by bus. Some of our group went to go to see « Hertford Bridge » , most known under the name « Ponts des Soupirs ». Evelyne gave us a mission : to take many pictures of the bridge to put them on her site.
The visit of Cambridge was my favorite day. A trip on the small boat on the river « Cam » and the visit of the  Kind's College Chapel with Alain was fascinating.
Dear oh dear ! « aïe aïe aïe «  during the dinner : Cottage Pie Classic (cottage pie with minced british beef , carrots , peas , and onions topped with creamy mash , served with seasonal vegetables). For me the contents of my plate looked like « strange ».
In London Evelyne was not on her "top form". For me the day is more beautiful when everyone is on "top form" … I was worried … The walk to Greenwich closed the day in a beautiful way with a great view over London.
The sun and not many clouds staid with us during all our trip.
After this trip , we decided to return to England alone, to take more time to visit the Art Gallery, the other districts of London …
London is a busy town ; I appreciated the musicians ; the clowns in the street , the londoners did the most things they could for their three public holiday.                                                   Colette Metiver

Last week we went to England with our teacher Evelyne.

The travel by the Shuttle under the Channel was an unforgettable experience.

Our visit to Cambridge and the "other University" called Oxford was very intersting.

We had a sightseeing tour through the city to appreciate its beautiful monuments.

Then, we went to London. During our leasure times we took the taxi, got on the tube to visit Covent Garden, Picadilly and so on..

We walked for a long time but it was worth it (cela valait le coup) the last "cookie cup explosion" on Monday lunch was so amazing !

We are pleased to have made this trip in England. we now know Windsor, Oxford and Cambridge also, the city of your heart. I loved so much Cambridge, for its beautiful trees, its greenery, its river,the CAM, and our visit with the guide.
In London the guide was funny and very British, (not for my point of view and not British at all, sorry Guyslaine) then the cruise on the Thames to Greenwich was nice, good weather followed us.
The next day was too short, we would have stayed longer, London is a magical city. Thank you for everything, it was tiring, but as fireworks, a beautiful interlude.  Thank youuuuuuuuuuuuu
Guylaine et Jean Rondonnet.

A small summary of our English trip

My husband and I appreciated this travel, we never went to England, it was the first time we came under the Channel by the Shuttle.

On board of the coach, everybody has been likable. (gentil, sympathique, aimable, agréable..)

After our leaving from Les Sables, at a quarter to nine pm, under the rain, we slept in our seat. It was not as comfortable as a good armchair, but......

We arrived in Calais, at 7 a.m. , on  Friday morning. We bought a breakfast after the control of the police. We changed some “euros” into “pounds”, and we entered into the wagon. The doors shut before and behind the coach. After 35 minutes we arrived in England.

In England, we had to drive on the left side of the road. Fortunately, Stéphane our driver, had experience of this driving.  So, we carried on towards Windsor. The sun was shining.  When we arrived, we saw the English flag at the top of the main tower of the castle. It meant that the Queen was out of Windsor. What a pity ! ....

We visited the different monuments of the castle (St George’s Chapel, the Queen’s flats, the park etc.), and at 11 a.m., we looked at the changing of the guard. It was really an amazing spectacle. It was a lot of crowed, many tourists of course.

After lunch, we took the road to Oxford.

In Oxford, in the middle of the afternoon, we went for a walk through the town. We went to Christ Church College, and the park around, we passed around the Sheldonian Theatre, near the Bridge of Sighs, into the covered market (there were a lot of closed shops ) etc.

In Holiday Inn, we had a good dinner. The night was very good, because, we were tired.

On Saturday morning, Stéphane drove us to Cambridge. We saw beautiful landscapes. (fields), villages with nice houses . In Cambridge, there was a little problem, we didn’t found the warf  to go boating on the Cam. We lost time. It was very interesting because, the landscape is different, seen by the river.

After lunch, a guide took us for a walk through Cambridge, we saw a few very famous colleges ( King’s College) and its Chapel.

Then, we had to leave this famous town to go to  London.

We arrived at seven p.m. After a shower, we went to the pub Malborough Arms for dinner. There, many young people watched a match of football on TV. All pubs in the town were full of people.

On Sunday morning, we had a panoramic tour of the city. We went to Big Ben, Millenium Bridge, Wesminster Abbey, Buckingham Palace, and St Paul’s Cathedral.

After that, we had a meal at the Medieval Banquet, near a little harbour.

In the afternoon, we went for a cruise from Westminster to Greenwich.  The boat was near the London Eye. An enormous wheel , which never stops. (only during the night).

On each side of the Thames, we saw : the Tower of London, the Shard (a tower with offices  which is 310 metres high), Tower Bridge , and others many famous buildings,  many flats built into old wharfs before arriving to Greenwich.

As we had no time enough, we walked quickly to the famous point : Greenwich Meridian, at the top of the hill.

In the park, many people had a sunbath on the grass. It was a good idea to come in this town. Thanks to “ Sables  Accueil”.

After dinner, everybody could go in the streets , to visit London by night.

On Monday morning, we had free time, to go shopping, or going to the museum, or only walking through the town.

After lunch, we came back to St Giles London hotel, the coach waited for us. We began to come back to  France about 3 p.m.

We arrived in Calais in the evening, and we spent a second night in the coach.

Thank you Evelyne for this travel.

We were very happy  you could come with us.

Interview of a student by a journalist, Evelyne Landry.

Evelyne Landry :  Did you see Queen Elisabeth II  in the huge Windsor Castle?

Prince Charles was a student at King's College and every year,

on December 24th we can listen to an exceptional Choir (choral) on BBC.

Which weather have you had during your travel ?

of  the XXIst Century.

are 150 (one hundred and fifty) nationalities who lives in  london.

We were fourty on the beginning and the same number when we came back four days later !!

Then, on june 26th on the evening, we get into the Chaigneau's coach, I thought  that I came back some years ago, when my sons  went to discover a country with their teacher and their friends !

In my head I could hear a song : Peter Perret 's song : Thank you mamy, thank you  dady,  Ah les jolies colonies de

It was a great adventure.

Night in the coach.

Everything was unknown to me !

After this moment, a little difficult, I must say. Listen listen to me, we were…

(suspense)…in front of the MARVELLOUS WINDSOR CASTLE and UNDER THE SUN !!!

Suddenly, I heard, away, a very nice military music.

I ran and ran.

It was the PRESTIGIOUS ROYAL GUARDS.

I must confess : It was LOVE at the FIRST SIGHT.

They realized a magic true dance and around English gardens for the dreams,

and St Georges Chapel a « treasure » just behind, but the dreams weren't finished .

OXFORD and the MEDIAVAL CITY by BUS, with the famous BRIDGE of SIGHTS

like in VENISE . The famous CHRIST CHURCH, the BOD CENTRAL LIBRARY

and the Little Alice's Shop.

Too short, to short.

But I hope I shall come back...

And after. We discovered the other PRESTIGIOUS City of CAMBRIDGE and the

charm of the little boats on the river Cam with smiling young men, who drove the punts (bateau à fond plat).

It was too much, to discover all these marvelous monuments.

I have no words for the last 2 days spent in London because we did so many interesting things that I could not relate everything in detail .......:

LONDON by boat on the THAMES.

And we were walking and walking behind our private guide : BERNADETTE

Piccadilly, Trafalgar Square, Covent Garden, Soho where it was so HOT !

What emotion about the mystic Harod's Shop : DIANA’s  MEMORIAL  where I could write on the GOLDEN BOOK .

(Together we can say)

WE SHALL COME BACK in your nice COUNTRY OF YOUR HEART.

Back to the Menu